One of the first things you do when you buy a car is keeping it clean and kept. You have spent a great deal of money on a vehicle and you want it to look good and show good. It’s amazing how fast a car can go from clean to dirty and how often you will find yourself wanting to wash your car.

After investigating many different products, it seems to be that there are 3 primary types of products used to dry vehicles: terry towels, microfiber towels, and chamois.  Everyone has their own personal preference and often preferences are driven by budget, rather than performance.

You bought that new JEEP and you have given it a weekend workout, it’s time to clean it up and make it look like new again, so which car wash towel options are best for you?

For those of you who love to reuse, recycle and get a really nice shine, this is the product you want.  You actually have these right in your home and because you have used them over and over in the bathroom, they are already very absorbent because they have been washed over and over again. Cut them into the length you want, use them in varying lengths and you do not have to buy anything.  Please note, terry towels often leave some lint behind.

These towels can be purchased in varying lengths and thicknesses depending on which part of the car you want to use them on.  They Microfiber towels are practical because they are durable, lint-free and really absorbent from the day of purchase forward. Buyer beware those cheaper microfiber towels are not as good as the mid-price range microfibers as their durability may be the thing that goes first.  One other note, a microfiber towel has a scratchy feeling in your bare hands so if you are not a texture person this may not be the car drying towel of choice for you.

Chamois are for those who like to have just ONE of something because ONE chamois is all it takes to dry an entire car. The premises of a chamois is to dry, wring and move along, as it soaks up all the liquid and leaves an impeccable shine.  As a side note, water spots are less predominant when using a chamois, however, it does depend on which type you purchase, again not all chamois cloths are made equal. 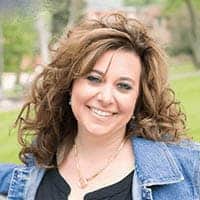