I may receive a commission if you purchase something mentioned in this post. See more details here. 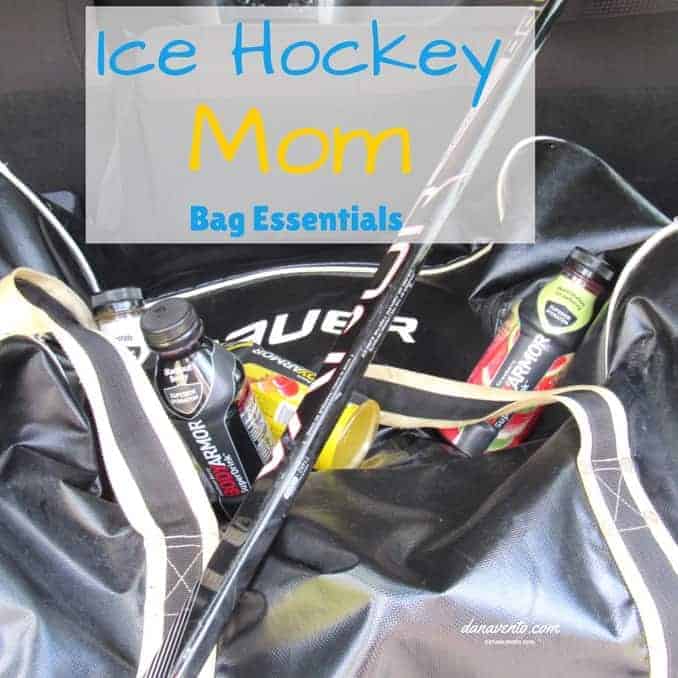 My boys play hockey and they have for many years. We travel more often than not to different states depending on the team and its coach.

As an ice hockey mom, it is essential to know what to pack up and bring along for every journey we take.

A standard packing includes a go-to list of items we have to have with us when we are on the road.

Through experience, I have learned that many places we travel to are in more remote areas.

Often, these areas are not located around refuel stations with snacks and beverages.

Just more to add to our stories of ice hockey adventures right? You may not consider the Stink of the bag, but I will help you solve this too!.

This list is for every mom that needs a bit of help to overcome those challenges we face while driving to all the rinks!

You can print my list. I suggest laminating it. Use it for every ice hockey tournament you pack for and hand it to your kids to follow.

Lavishly live ice hockey out loud and enjoy gliding through the season organized.

As an Amazon Associate, I earn from qualifying purchases. 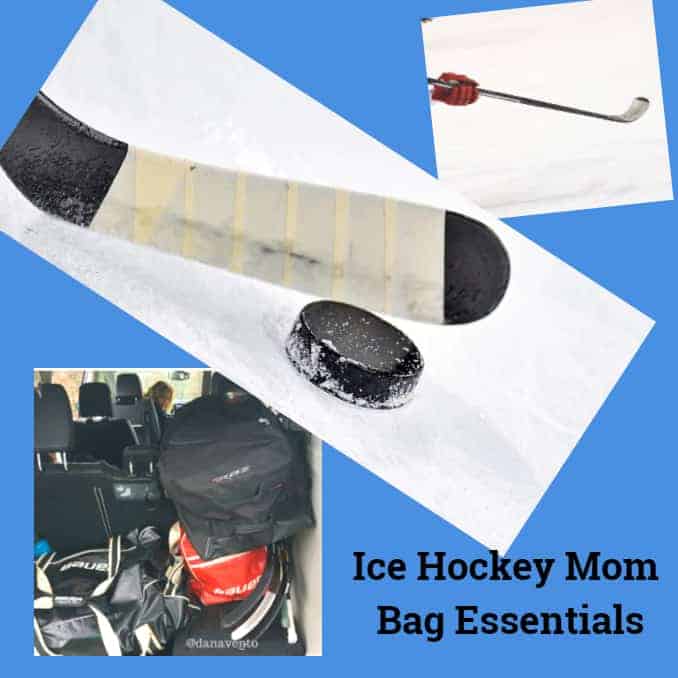 In fact, we created a tested and true list of what to keep with you when traveling for ice hockey.

One of my one dear hockey mom friends was stuck on a highway in an ice storm for over 6 hours!

Survival during ice hockey travel is key. I am hoping my list will inspire you to plan ahead!

We have been in so many different situations on the road and I learn more each time we travel.

Moms and Dads pack up their kids, hit the road and then we all share things when someone does not have what they need.

Coincidence About Hydration and hockey Funk

SO I am about to share some really good stuff here. One part of this article shares a great beverage we have found to use after hockey and any sports practice.

The other part is about wet hockey clothing that creates a funk beyond anything you have ever experienced.

It’s kind of a catch 22, you keep them hydrated and they sweat and then you need to kill that moisture that comes from playing hockey out of the clothing.

Don’t worry, that hockey STANK is gonna get derailed, and your kids will be well-hydrated after every game.

When the ice hockey players are done, thirst is one big area we tend to overlook.

You can’t always count on a rink to have more than a water fountain. Nor can you count on drinks to not be sugar-laden. 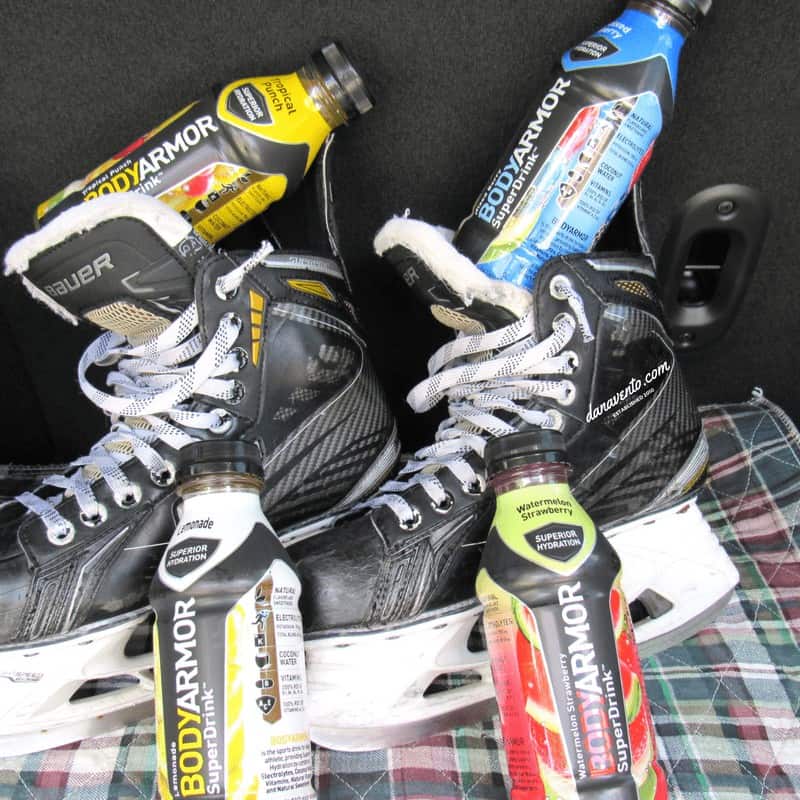 I have my SUV loaded with thirst-busters like those, because of the rinks we were at had only a POP machine.

Soda was not what the kids needed after a very active game, instead rehydration.

As a mom of 2 athletes, I prefer to balance their electrolytes after all that sweating and loss of hydration.

Beverages are the most important item I keep with us at all times, and I choose them ahead of time.

During the summer, I keep these in a cooler for obvious reasons.

In the winter I also keep them in a cooler (in case they burst and yes that has happened!)

I keep the SUV and their bags stocked. Rehydration for sports players in every sport is super important.

More importantly, it is the beverage of choice they are rehydrating with. 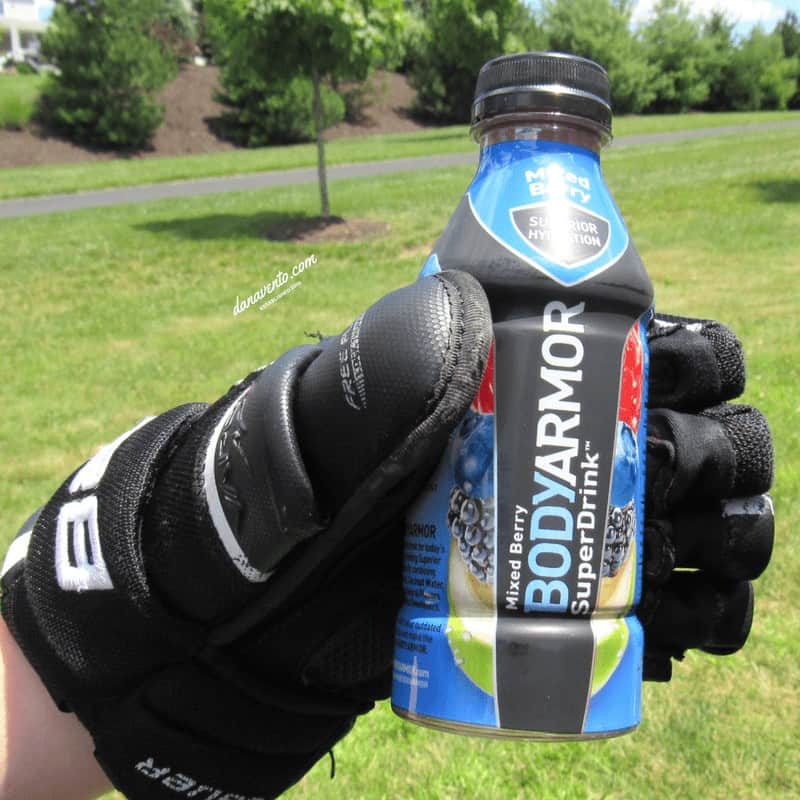 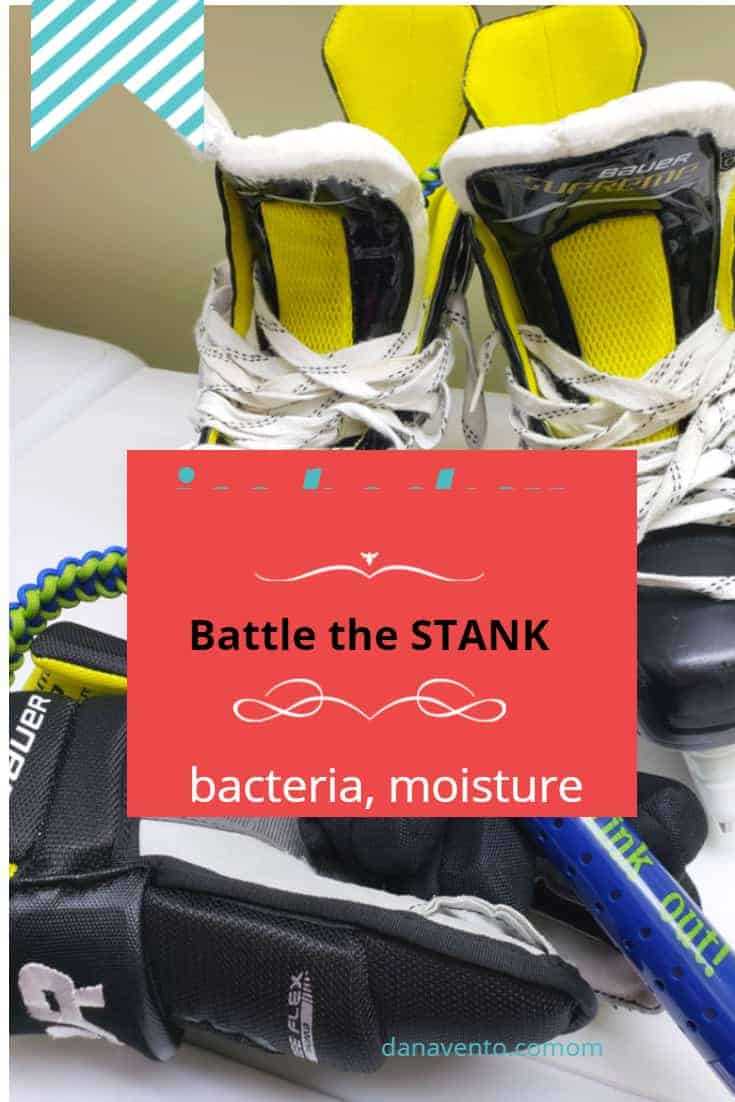 As I sat in the front seat, I smelled something. Of course, my first I thought it was the smell of sweaty teens, but they had not yet hit the ice.

Then, I smelled it again and I had to say something. Guys, who did not shower or who decided to wear their gym clothes?

“Mom, that’s not us, it’s the hockey bags!” Oh my Stankiness! Beyond putrid, and sweat, just dirty, and ripe like B.O. gone rabid.

Almost as though the stuff in the ice hockey bags had unzippered and let themselves out.

Oh for the love of deodorant, how do I stop this smell.? To make matters worse, I had to run the heat.

It was freezing outside. Mix the heat in the car with this smell and you have the recipe for throw up in my mouth!

We found a Sheetz along the way. I had to stop. While the boys went in, I got gas, and let the windows DOWN.

Oh if only I had nose plugs or something strong and aromatic for my nose! GASP. 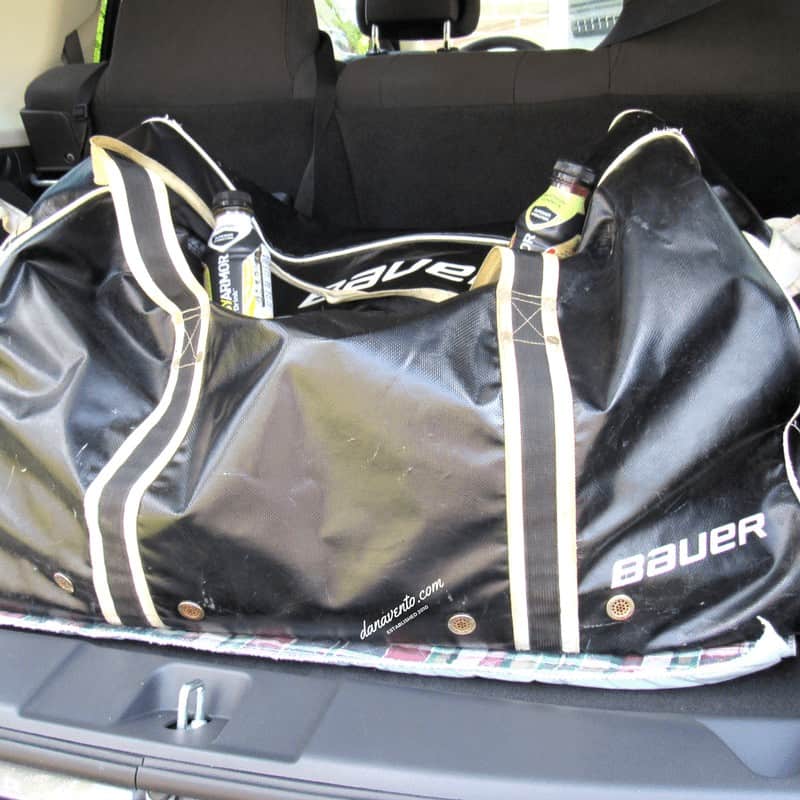 Additionally, I opened the back SUV window in hopes of x-aeriating the stench that had overtaken my car.

The smell had met its MOM Match trust me. I was not going down without a fight.

After I went into Sheetz and grabbed a deodorizer, as well as the strongest coffee I could find, I returned to the vehicle.

Before pulling out, I told the boys something was gonna have to change because I could not take that smell.

Their bags needed to be aired out. However, that was not the answer alone!

I needed a way to deodorize the hockey skates, knee pads, and helmets too!

There has to be a way to eliminated odors from that bag and all the ice hockey equipment right? 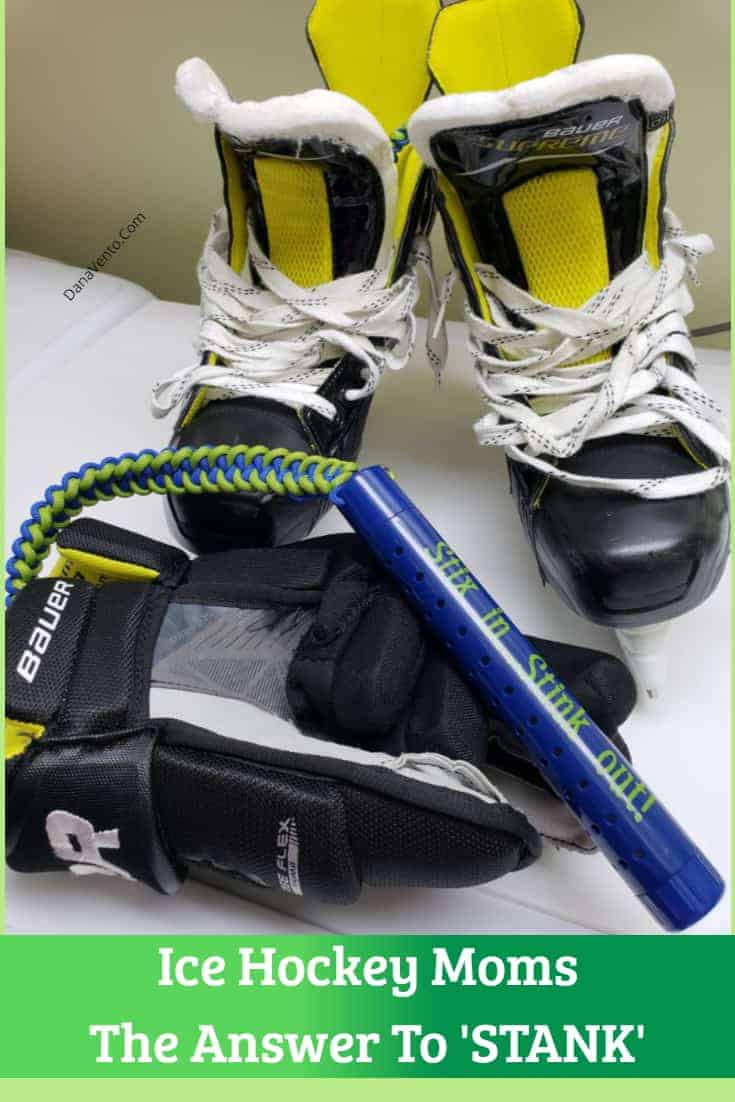 Alright! The minute I got home, I ended this crisis. I Googled hockey STANK and another mom totally got me.

She created this stupendous STANK STIX. When your kids have bags that smell like body odor on steroids this is the solution.

However, it’s not the bag you are treating, instead, it’s everything in that bag from HELL.

We got Glove STIX and STANK STIX. Obviously you can tell the difference in the words as to what they do. 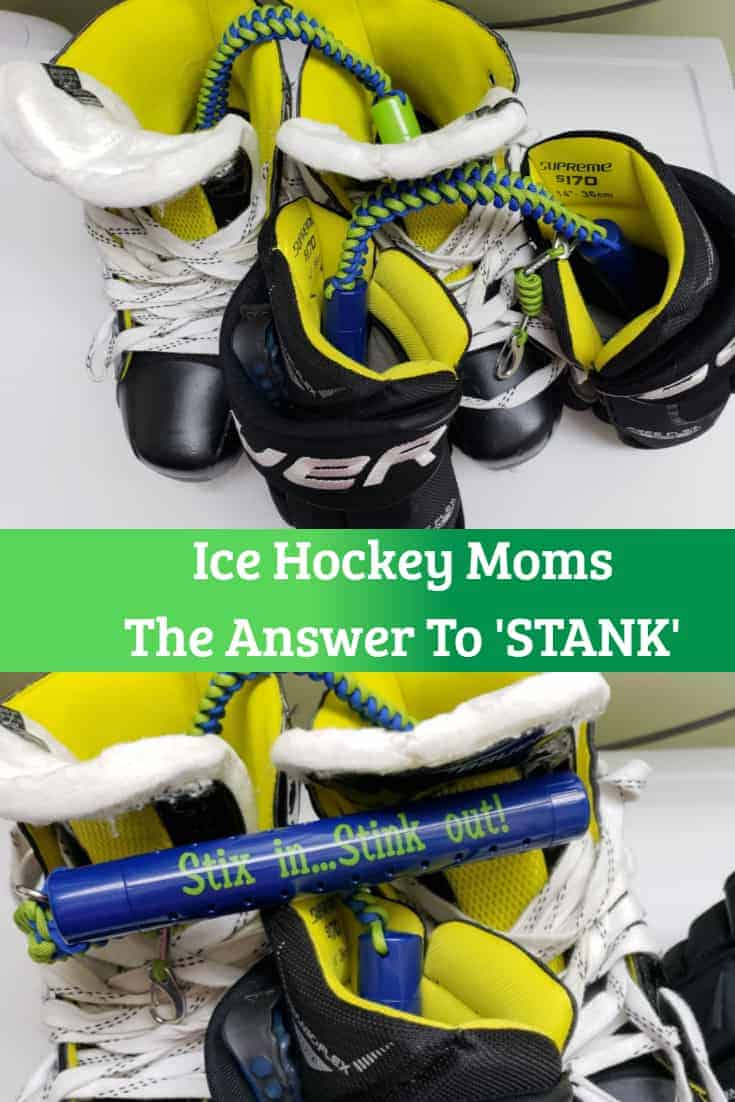 The GLOVE STIX is what makes their hands not smell like melted plastic, mixed with bergamot, and sweat, with rotting pine needles. You know the smell.

Don’t judge me and those descriptions because if you say your kids’ hands don’t smell or their hands, then your nose is broke!

All ice hockey bags, and equipment smell. Even once treated there is still gonna be some hockey funk smell, but this gives you a fighting chance.

To be honest, I don’t care how it works, but to be fair to you, a little insight is needed.

These are deodorizers for use in gloves and skates or shoes and boots, etc. 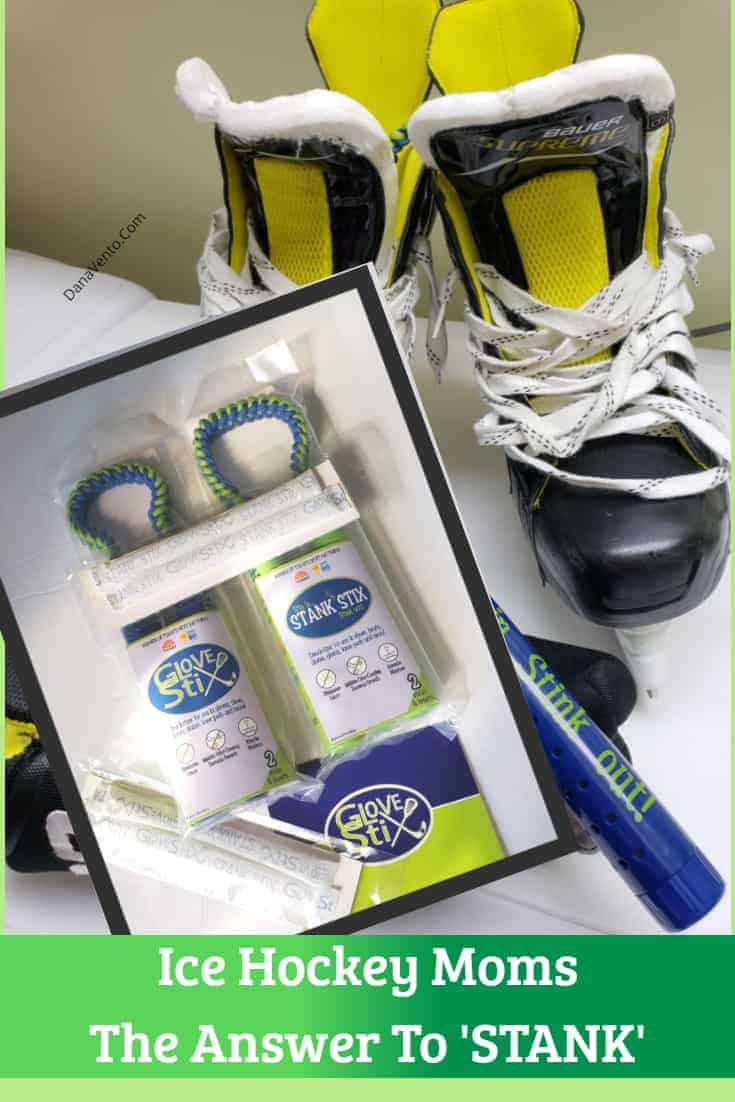 The last aforementioned items are most important. Inhibiting bacterial growth and absorbing moisture.

If it can’t grow and spread, it can’t get worse. And, if the odor is blocked then you can’t smell that floating cloud of Yuck!

I put the Glove Stix in the boots by accident, it’s fine, they work all the same.

Over 1 week, the odor diminished.

After every single practice and use, my kids faithfully snug these in their gloves and boots.

As they use them, the odor seems to be pretty much gone.

Let me put it this way, when I drive in the car with the heat on (and we have been driving back and forth for two hours to rinks) there is no smell.

That means I’m running the heat and the only thing I smell is the stinky little (big) players in my car.

Fir trees combined with the smell of putrid body odor no longer exists.

It won’t happen overnight, but over a week, the funk is about gone. NO masking just sucked up into that moisture pack.

After 3 months, we change the moisture pack out and have a fresh start again. The canister is reusable over and over.

Make sure to print out this Free printable for every hockey mom (and dad) and use it to be ready for every ice hockey situation!

I believe you NOW have a way to conquer that funk and keep your kids hydrated the 2 key components to any ice hockey mom bag essentials.

Keep your nostrils free and clear of that hockey funk smell and keep your kids hydrated! Good job MOMMA! You are smooth as ice.