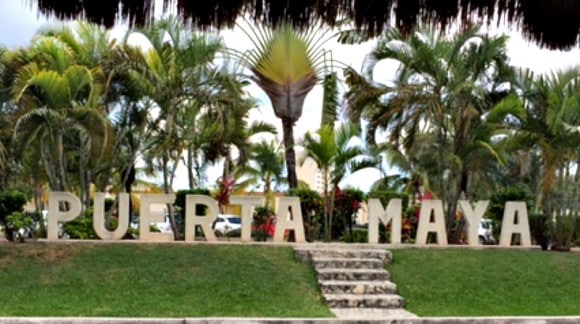 What will you do and what will you see when you are in Cozumel? For this particular trip we were on limited time and we wanted to cover as much ground as  we could, take in as much culture as possible and learn all about Cozumel.  We had the kids with us and I really wanted them to see the country, how things worked, what architecture looked like and of course some history so that they might figure this all back into their schoolwork.  My kids are real troopers and they love adventures so our whole day was know as The Cozumel Adventure.  This was our first port of call and I really wanted everyone to be happy, remember their day and of course enjoy themselves.   You know with teens and tweens this may not score the biggest marks, they might want to be Cave Tubing rather than sightseeing however, we took on the Cozumel Adventure.   Our group as you might recall was a child, a tween and a teen as well as a senior, so the age span lent itself well to island sightseeing and taking in a bit of the culture and history.  Our solution to lavishly living The Cozumel Adventure was hiring a personal driver for the day with Tours Plaza and we had a blast.

First things first, we had made the decision to see Cozumel, so what were we going to see? We began on a ride down Av Genera Rafeal Melgar the main highway, which has a lot of culture built right on it.  We had left Puerto Maya and began seeing history immediately.  This is the Mestizo Monument. 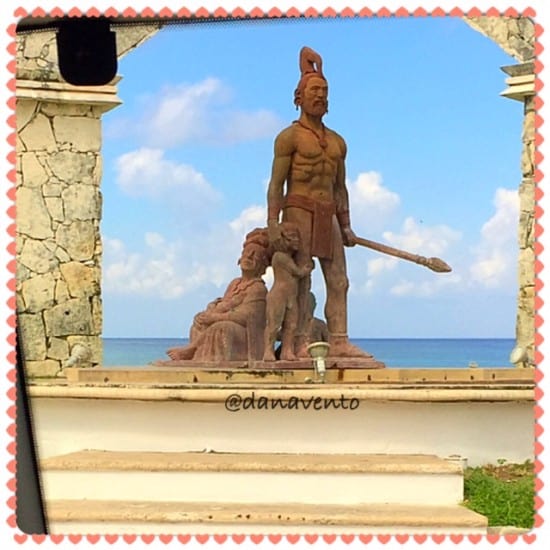 This Monument, offers you Gonzalo Guerrero who was accredited with both being the hero and the reason for them mix of culture in Cozumel. A Mestizo is a mix of those that are of Spaniard descent and those that are considered Amerindian. The tale goes like this(as explained by our tour guide) Guerrero was shipwrecked, survived and made it to the peninsula.  He found a natural, untouched culture, known to you and I as Mayans.

Guerrero took in all the aspects of the Mayan Culture,  wove himself into the respect of Lord Chektumal and then went on to become a very respected warrior.  Guerrero married the Lord of Chektumal’s daughter, and they had three children which is how the Mestizos began.  Guerrero then completely adopted the culture of the Mayans(Indians) and he would eventually fight against the Spaniards.  This is really the short, sweet version, but it helps you to see how much we learned on a personal driver tour and how informative Marco was. 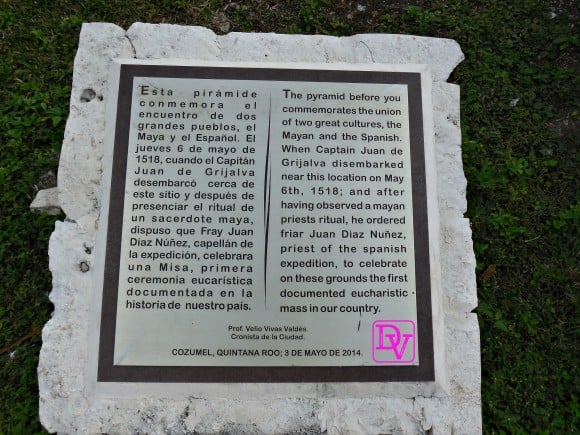 These are the first Mayans and Spaniards, depicted in this roadside monument. It was one of our stops before getting to the Mestizos Monument.  Here’s our family photo, that Marco took! 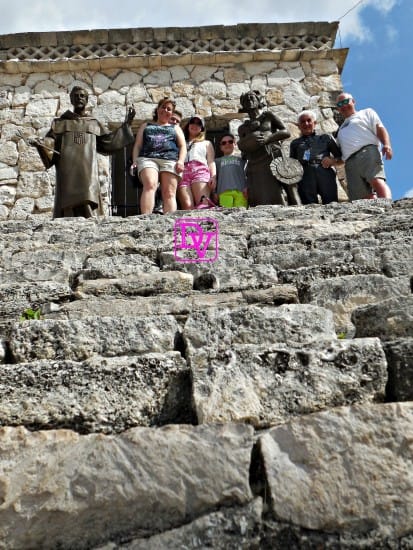 Now this piece was truly cool, a Aztec Eagle Plane right along the roadside. 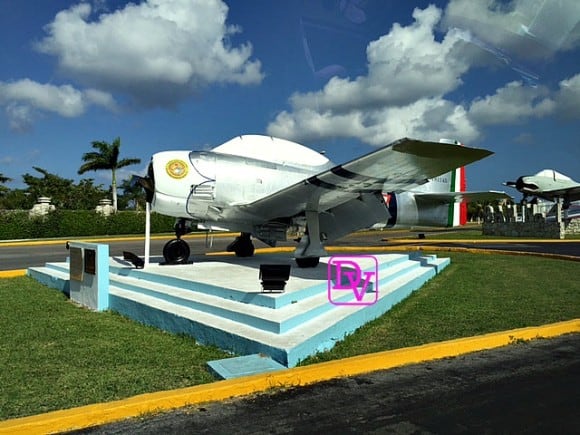 Our First stop was a quick ride from port, up and down the main stretch of highway(Av General Rafael E Melgar) we made our first stop and learned the roll, little discussed in the US by  the Aztec Eagles of WWII.  These planes are located on the east side of the North Hotel Zone highway, but you can stop, and grab photos, we did.  Be careful of all the passing traffic, it just zips on by.   I am not sure, but I am sure that this is something that most tours in Cozumel don’t share, but ours did and my kids are still talking about the planes.

These are just a few of the pieces we saw while in Cozumel, and I will be posting a bit more, because we spent time at a Tequila Factory as well as A Chocolate Factory. All time well spent and very cultural and historical.  Lavishly living travel out loud in Cozumel.   ~ Dana