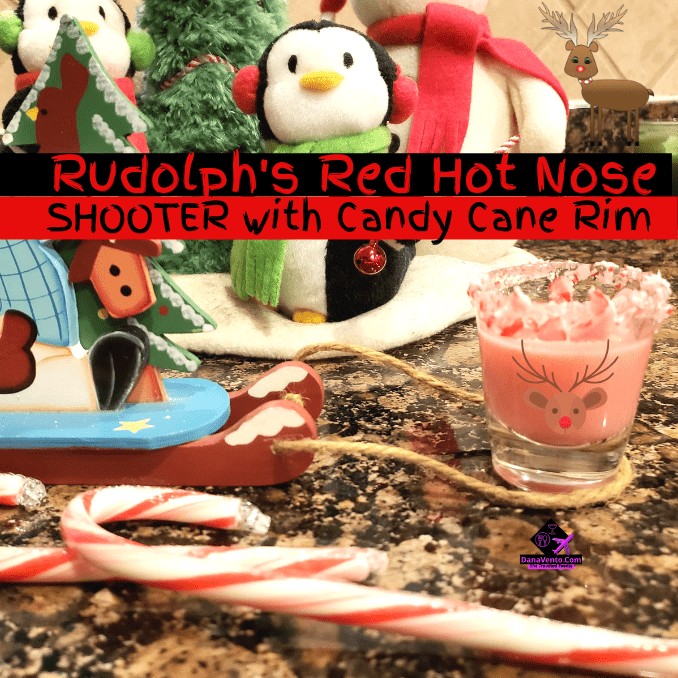 Here’s my theory, Jolly Old Saint Nick, ain’t so jolly and Rudolph the Red-Nosed Reindeer, does not like pulling the sleigh.

In fact, after years of having his reigns tugged on and pulling a ‘jolly’ old pudge ball around, he’s had enough.

Rudolph’s solution? A good shooter that offers a bit of a bite, a quick cooling sensation than a bit more burn.

Let’s just say this is Rudolph’s Revenge. Liquor shots are still trendy, why wouldn’t they be?

In fact, if you visit homes (an old Italian Tradition) on Christmas Day, everyone does a shot and moves on to the next house!

Rudolph’s nose is red, actually red hot because he’s had a few of these shooters.

The spiced up shooters, light up his nose instead of cheeks he does not have.

Totaly a great holiday shooter to set up ahead of your guests to toast together! Rudolph’s Red Hot Nose Shooter With Candy Cane Rim is the drink for the season.

It’s definitely got a bite and it is not for the light-hearted.

I should start off the post saying don’t drink and drive. That is NOT what I am promoting here.

What I will share with you is a delicious shooter that will warm your heart and soul and the entire crowd you cheer with it.

Also, I love giving this particular shooter to those that come over and claim that they love a little heat.

Then with a ‘tear in my eye’ lol, I Laugh. The bit of bite is really not bad but it does kick! 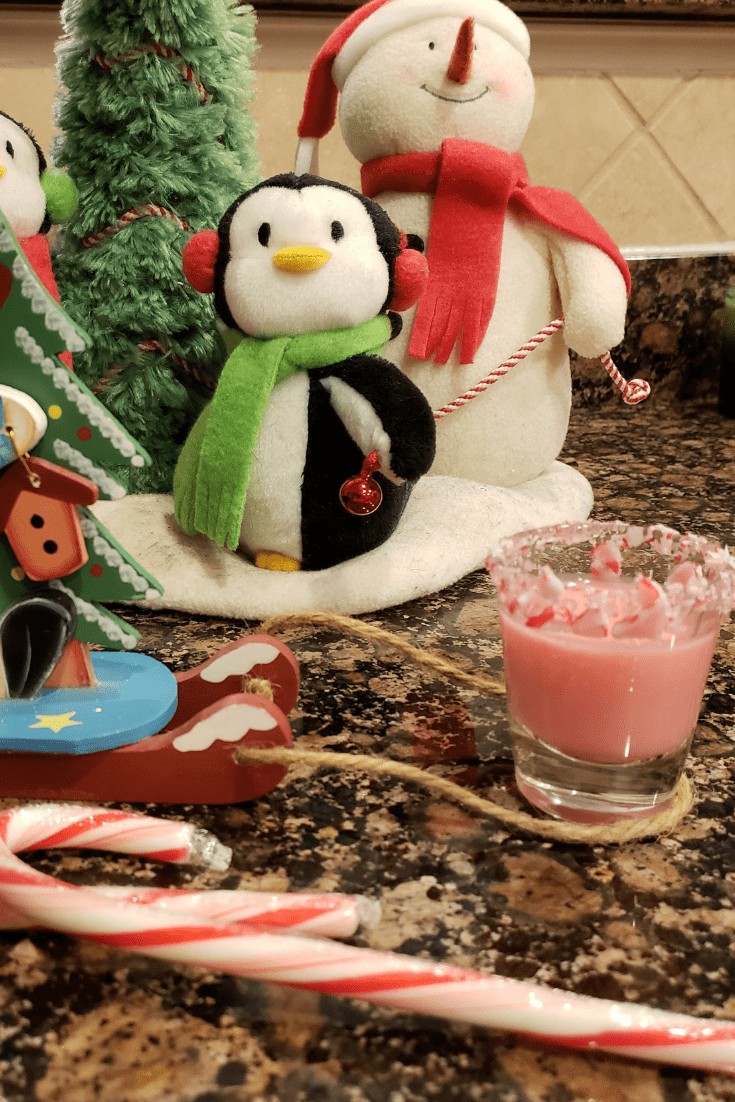 The drink has a cool refreshing finish, and a slight bite/burn (like a hot ball!).

The exterior candy cane rim is delicious top to bottom and if you have ever watched people after a shot, watch them rim a glass.

Why? You might just say, that their ‘I’m a hottie’ catches up with them! Maybe Santa is bringing soot to those that don’t tell the truth! HA.

So, what you need to make the candy cane rim is crushed candy cane. Real hard recipe here right?

I took my candy cane and crushed it in a zipper bag.

My only word of caution is to make sure to really crush that sucker. 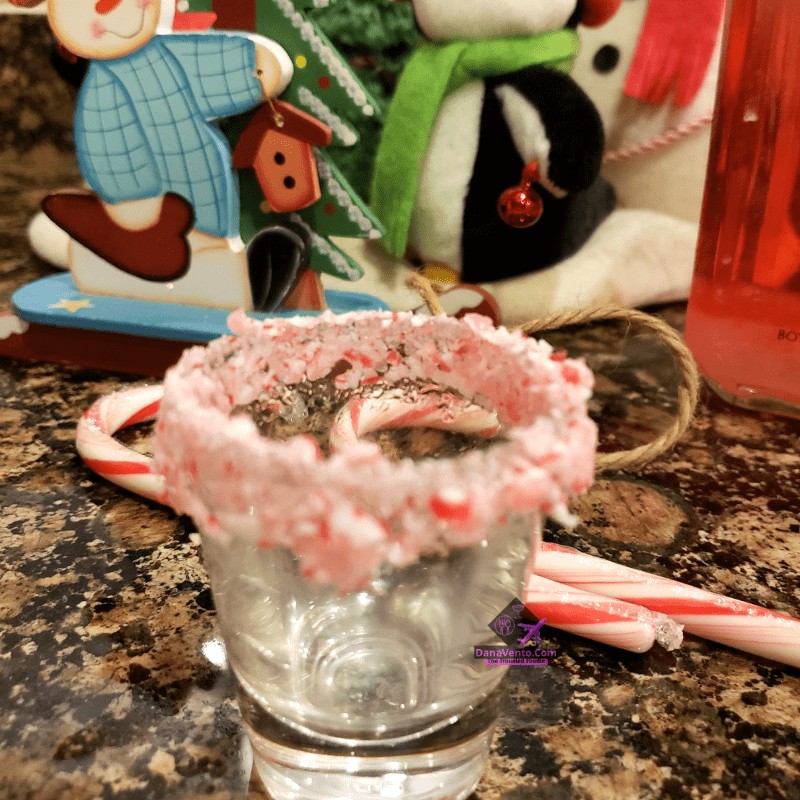 The smaller more powder-like consistency seemed to be preferred among my testers.

Really, this is how YOU want to make it. Have enough of these to taste-test and soon you won’t care.

Now, my preference was the little chunks. I am a ‘rimmer’ after the shot is gone.

I tend to lick the rim of the glass, like hoping there is more even though often I had all I could do to get it down!

The crushed candy cane rim satisfies that need to lick the rim. Additionally, the candy cane mint will tame the heat in your mouth. 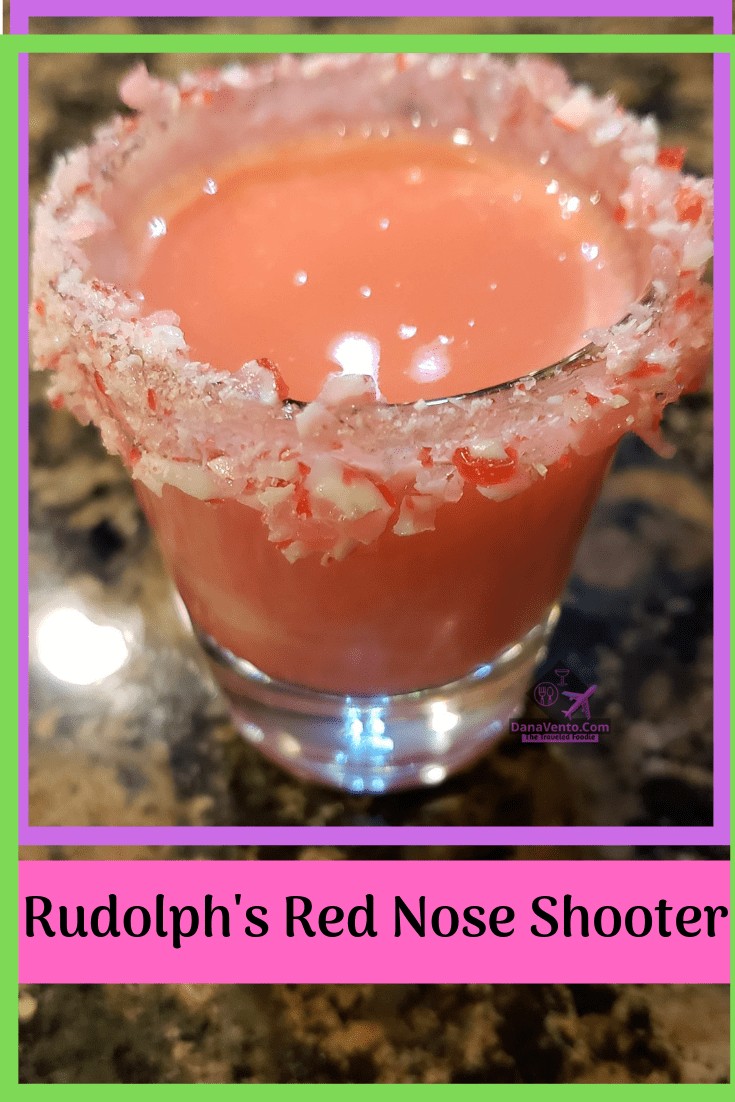 It’s time, here’s the recipe use it wisely and ring in holiday cheer with it! Ingredients listed below.

Feel free to tweak as you taste and test!

Remember, these are only tiny shots, so strong is not bad, but just make sure they are sippable in case you have a non-shooter kinda person in the crowd (el boring, lol! – Just kidding?) 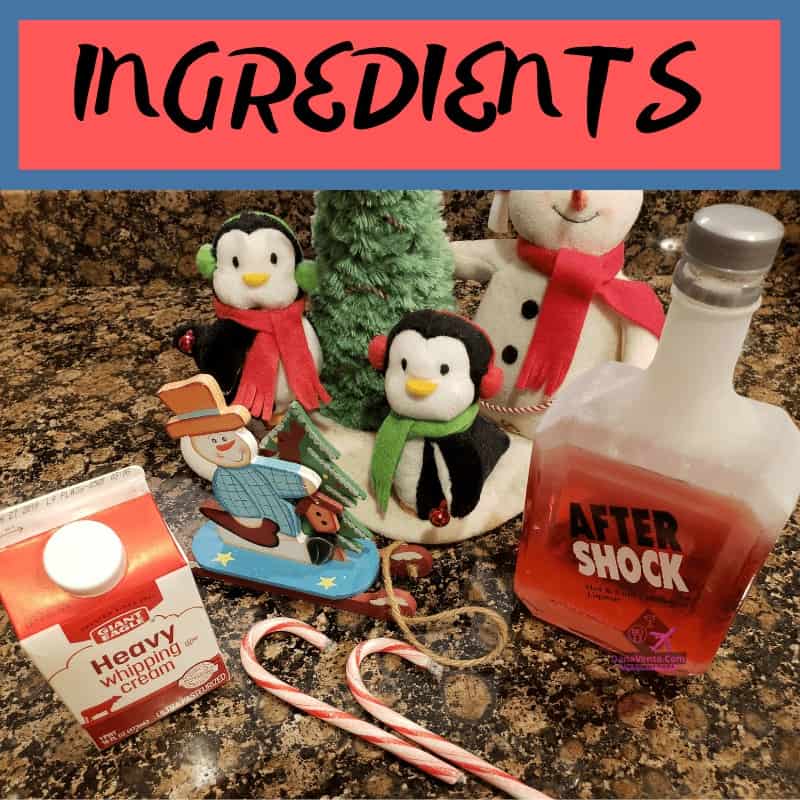 Candy Cane Rim. This is the hardest part of the drink, due to the corn syrup mess.

However, if you take your time and prepare shot glasses ahead of the party, it’s really easy and not messy.

Paint the rim of the glass with corn syrup and then roll the rim into a crushed candy cane. Simple, done, easy. 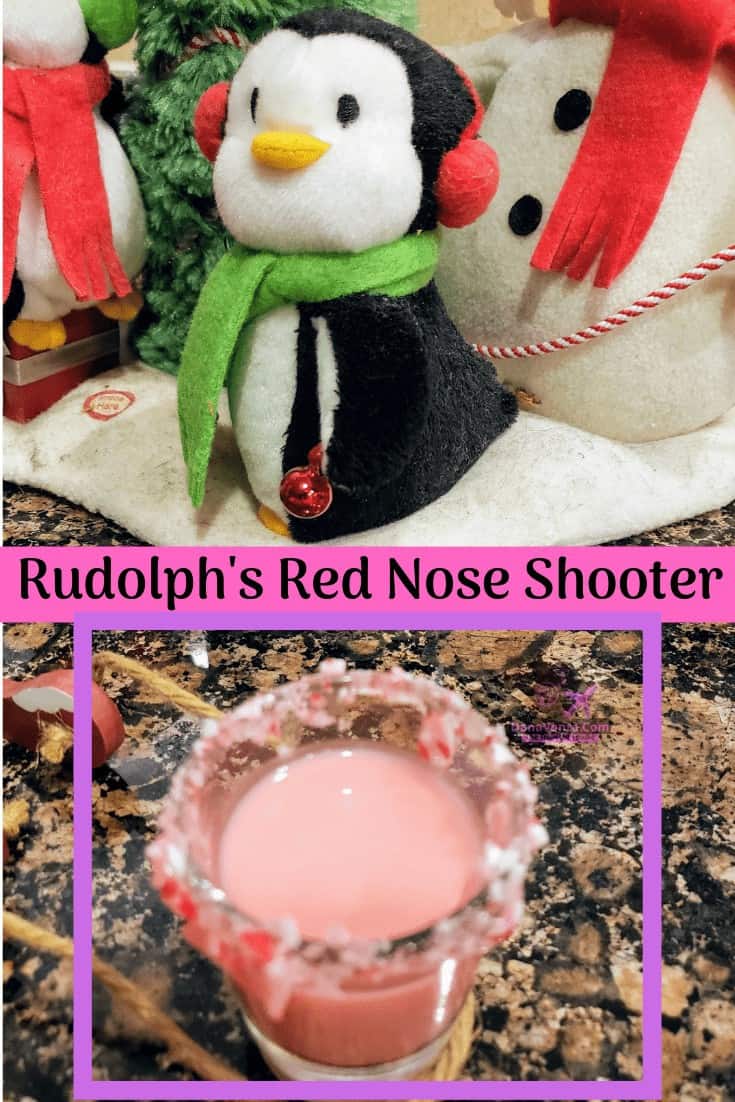 If you have seen the video you know this is not rocket science. Just pour one tablespoon or so of Heavy whipping cream.

(for those that like it smoother, add more cream, less Aftershock.) Next, add in the Aftershock.

Then, up in the air, Ching-Ching, and ‘Sip Sip Hooray’, down the hatch.

Here’s where you will feel what I have been talking about. Generally, Aftershock is drunk as a shooter alone.

However, using it in this recipe gives you the burn.

In order to tone that burn down a bit, I went a little more to the cordial side of things, making it creamier.

You can tweak it back to the heavier hand and less creaminess if you prefer. 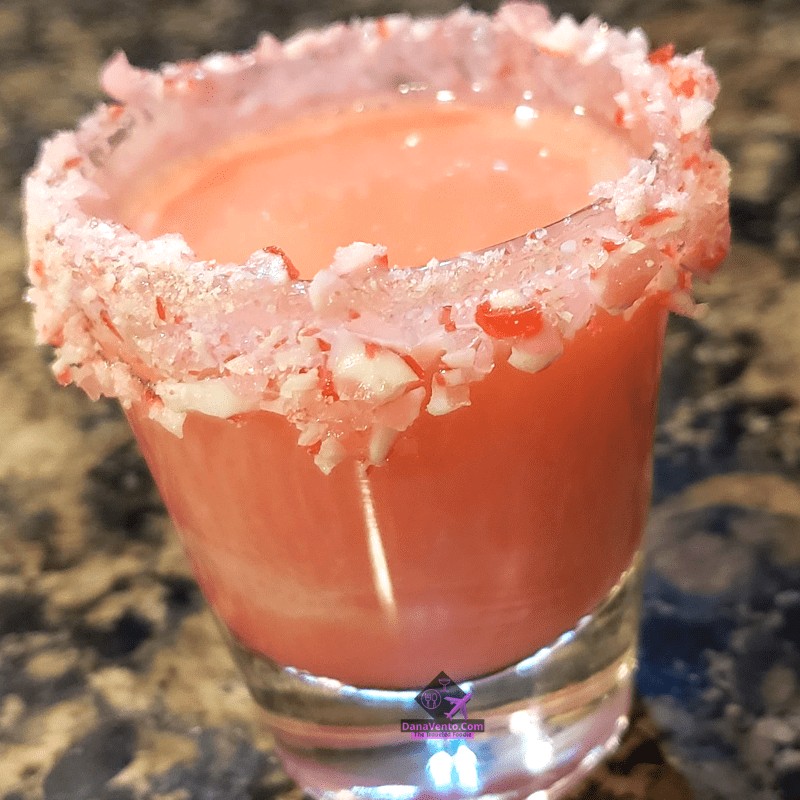 I took it back a step by almost making it a cordial shooter. The cream soothes it and smooths it out, the candy cane is perfection against the cinnamon spike.

A definitely Hot and Cool drink all at the same time. The cinnamon is the heat, and it can feel like it briefly.

Then the cool kicks in and of course if you are licking on the candy cane cooler and the sensation ends. Awesome party drink!

Don’t drink and drive. Do not serve alcohol to minors.